Use the free trial version for as long as you need

Sequence doesn't matter any more, allowing you to process and evaluate your image as you see fit. But wait, there's more!

Deconvolution; an example that gets even better

Time traveling like this is very useful and amazing in its own right, but there is another major, major difference in StarTools' deconvolution module. 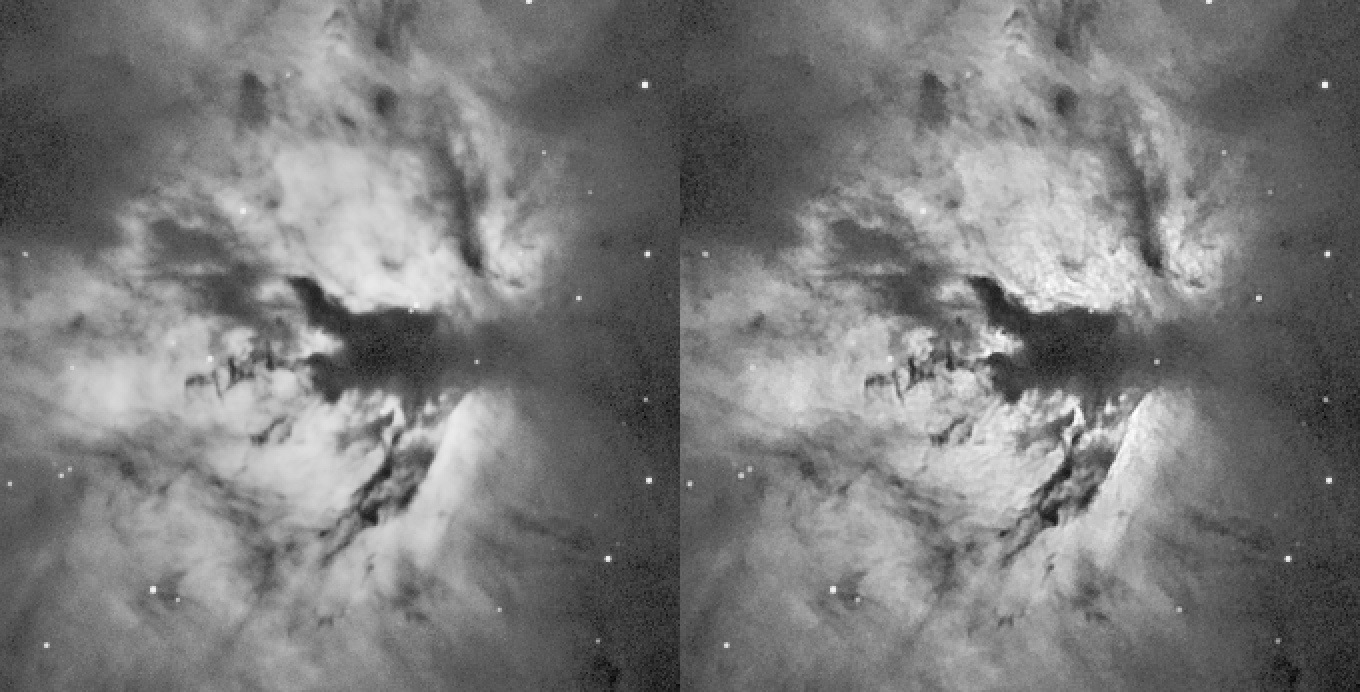 200% zoomed crop input and output. Left: original, right: Decon result. Thanks to signal evolution Tracking, and despite stretching, local dynamic range optimization and noise presence, Decon is able to recover the finest details without introducing artifacts, or the need for support masks or manual intervention.

What does this look like in practice? It looks like a deconvolution routine that just "magically" brings into focus what it can. No local supports, luminance masks, or selective blending needed. No exaggerated noise grain, just enhanced detail.

And all this is just what Tracking does for the deconvolution module. There are many more modules that rely on Tracking in a similar manner, achieving objectively better results than any other software, simply by being smarter with your hard-won signal.

Use the free trial version for as long as you need

You can convert everything you see to a format you find convenient. Give it a try!

StarTools is also available as